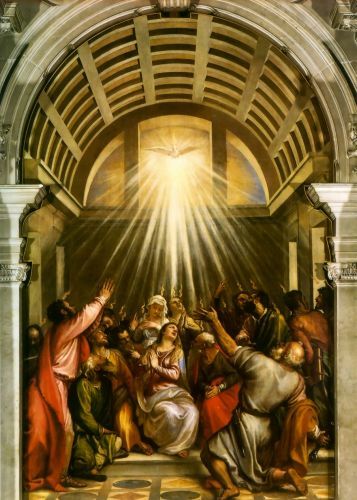 Last week we continued to reflect on what it means to live life, post-resurrection. We watched a clip of Peter Rollins where he says that the Christian life isn't an experience - rather it is life itself, in that it gives us the means to experience. Jesus calls it being born (again) - it's not that we experience our birth, it's that we are born, and therefore, we experience.

As we have followed through Acts, we are discovering how early disciples encountered Jesus and discovered what it means to live this amazing Jesus-life. Like them, we first lived our lives according to the values, limitations, doctrines, culture and narrative surrounding us - the good, the bad and the ugly of all of that.

But then suddenly a new life ignited within us, and just like that rag-tag group of people who met and followed this Jesus, we come to the same conclusion that he is God, and that he has called us into a way of living which is different from how we lived before, indeed totally counter to the structures of dominance, injustice and violence of the world around us.

Through Peter, Paul, Dorcas and Lydia, we have begun to uncover some of the ways their minds, hearts, actions and reactions were transformed by this new life. Peter began to see all people as equal, none as unclean. Paul turned from using violence in defense of his God to following the non-violent model of Jesus - even to the point of refusing to escape jail through an open door until the jailer knew he was loved. His new life brought new impulse - that of risking death to minister to this man.

Today we go back. It is Pentecost Sunday, the day we celebrate the coming of the Holy Spirit. Jesus, before he was crucified, promised that when he was gone, another would come with life that would infuse their lives.

What do you notice about this story?

They were all together in one place. The early followers of Jesus knew they needed each other. If they were going to live out this new life, this following of a political dissident executed for challenging the power structures of Rome and the hypocrisy of the religious establishment, this they could not do unless they did it all together.

We today, in our very individualistic culture, where self-sufficiency is revered, we need to see how the early church lived.

They knew that they could not sustain a life following Jesus in the midst of the violent and narssisistic Roman empire if not united themselves. Nor can we today. We need each other, and not just we-Mosaic. The people "out there" need us, and we need those people.

The enthusiasm and energy of this passage in Acts is incredible. We can hear author Luke straining to get across what is happening, but really speechless in the face of it. All... suddenly... rush of a violent wind, and it filled the entire house... all... filled.

They all experienced a powerful outpouring of God in their midst, and they were all changed by it.

Fire is a symbol of the presence of God. Here it is poured out, but not just in one place as with like the burning bush and Moses or the pillar of fire in the desert, but this fire manifested individually, on each head.

They were all together, they were unified, yet there is something like a tongue of fire on each one of them. Each received it, and each carried it. There was not so much a melting-pot experience, but rather a very personal, individualized empowerment in the context of a community.

Paul emphases this thinking in his epistles. We are all different, we have different gifts, we are not made to be homogenous, and yet we are meant to be unified.  Indeed, it is in our diverse strengths and views that we can achieve true unity.

The fact that they receive the ability to speak in different languages supports this. First reading it, what does it remind you of? What would it have reminded them of? Probably the Tower of Babel.

What happened at Babel? The unity of that society had led them to violence. The people, all speaking the same language, were so single-mindedly unified that they focused their effort on a great tower meant to reach to the heavens, an amazing human accomplishment which would be a testament to humanity's infinite greatness. And how do great towers get built, especially back then? Exploitation. Domination. Slavery. So, to disrupt and humble them, God scattered them into languages. It was a divine act of humiliation in which God saved humanity from itself.

Now here we are in the early church and God is pouring out his spirit as people are speaking in new languages: God reverses the scattering of Babel. He repurposes the scattering effect of speaking different languages as the early disciples go out to share of the love of God in the world. And many respond, amazed and astonished. They listen to the story of the life, death and resurrection of Jesus, in their own language.

What did they hear? Not a call to violently overthrow Rome, but a call to love, to serve rather than to dominate, to be one with each other.

Some in the crowd thought they were drunk, but Peter stands up to clarify: "No, these men are not drunk, they are filled..." ... with love, with hope, with the life of the resurrected one!

He begs them to listen, because what is happening is just as the scriptures predicted, the Spirit of God is being poured out and prophets are being raised up. People will see and experience the truth of God, and when they believe and call on the name of the Lord, opening themselves up to this new life, they will be saved: set on a new path, freed from the roles, rules and expectations of both empire and religion, and able to truly live.

That is us! We are invited to call on the name of Jesus, the source of life, who we can receive and then share with others. We can come out from under the systems and patterns of our world and of our pasts, and finally learn to love.