May Your Feet Fall Lightly 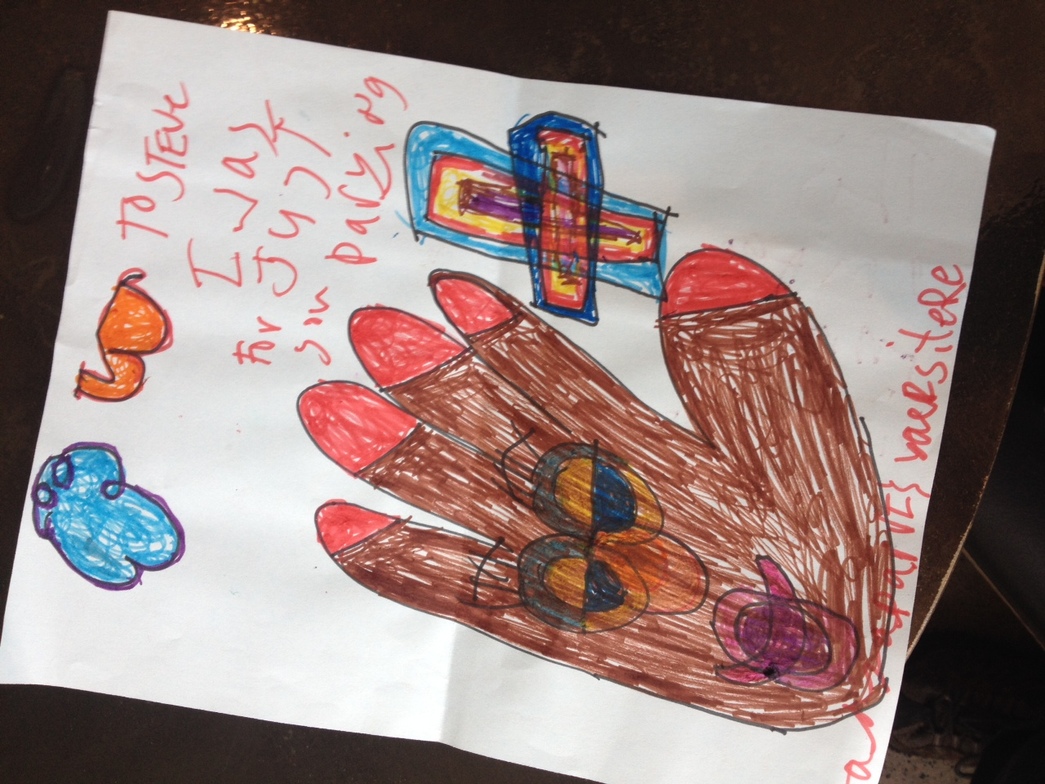 The drawing is from Tanya. She prayed for me before the service, as she often does.

It’s the second week of Advent, so we looked at Isaiah 11:1-10 which begins by talking about a shoot coming out of the stump of Jesse.

We talked about the image of a stump as representative of the sad ugly state of defeat and ruin that Jerusalem found itself in when Isaiah was writing this passage. We also talk about the image of hope that’s found in a small green shoot. The hope of renewal and newness.

We have a good image of this here in BC. It’s quite common to see nursery stumps anywhere there has been logging activity. A young sapling will grow out of the old stump, eventually sending down a root system that is nourished and feed by the decomposing stump. It’s an amazing picture of God’s upside down economy, where life comes from death.

We talked about “who” this new hope was, looking at his characteristics in verse 2-3a, and then the kinds of things he would do in verse 3b-5. We talked about how the “fear of the Lord” isn’t an anxious fear. It’s one who knows they are loved not wanting to disappoint the one who loves them. For further more clarity on this idea we looked to Paul Young’s story of a Mother’s protective “wrath” as told in The Work Of The People video “Coming to Find Us."

We ended our time together with a listening prayer. We tried to create set aside physical, mental and emotional space marked by peace. We watched a simple video loop of rain falling on soil while we listened to Samuel Barber’s “Adagio for Strings op.11” It was a profoundly moving time together.

We closed with this benediction, which I pass on to you:

May your feet fall lightly on the week to come.

may you see life around you.
May you fall into the peace
of being alive.
Simply alive.