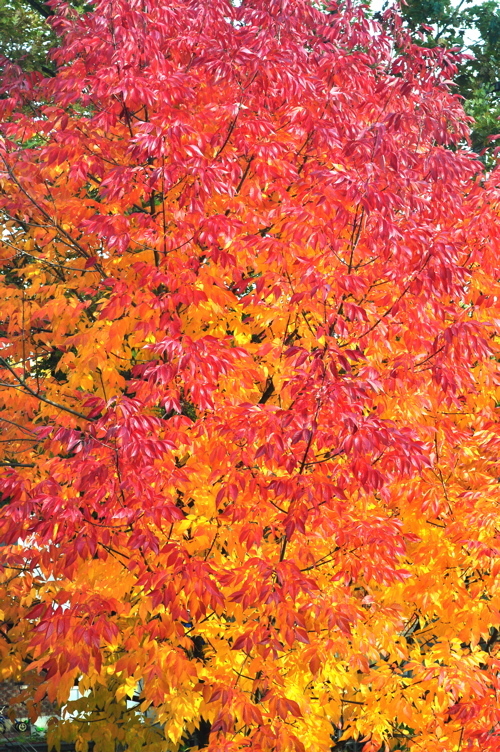 As he entered a village, ten men, all lepers, met him. They kept their distance but raised their voices, calling out, "Jesus, Master, have mercy on us!"

Taking a good look at them, he said, "Go, show yourselves to the priests."

They went, and while still on their way, became clean. One of them, when he realized that he was healed, turned around and came back, shouting his gratitude, glorifying God. He kneeled at Jesus' feet, so grateful. He couldnâ€™t thank him enough â€” and he was a Samaritan.

Jesus said, "Were not ten healed? Where are the nine? Can none be found to come back and give glory to God except this outsider?" Then he said to him, "Get up. On your way. Your faith has healed and saved you."

I've been thinking a lot about thankfulness, especially since Thanksgiving. Gratitude is very important â€” any pastor, psychologist or therapist would agree. It's both a state of being and one of action. It's easy to be thankful and act in thankful ways sometimes, and very hard at other times. It's also easier for the optimistic types among us than it is for those with a more, well, "melancholic" disposition. And it's always easier when things are going your way than when they're falling down around you.

This story, the "parabolic miracle" of Jesus and the ten lepers, says a lot about thankfulness. It isn't a story of nine ungrateful recipients of God's goodness and one grateful one. It is about that one who recognized the miracle of healing and was thankful for it. And who, after ostensibly receiving a new life from Jesus, chose to live in that new life by being thankful.

In the story, the lepers are shouting to Jesus from a distance. They were outcasts, required by Jewish law to stay away from non-lepers. They call out for mercy, and Jesus calls back, telling them to go to the priests. This is rather odd, as he is referring to Leviticus 14:2-3, where a person is to present themselves after they are physically clean for ritual cleansing.

The lepers must have thought his command ridiculous, as they were not going to be allowed anywhere near a priest. And yet they "went on their way." It doesn't say whether they had any sense that something was going to happen as a result, or whether they were just going home. But as they were going, they were healed.

They may have made no connection between their healing and Jesus sending them on this strange errand. On the face of it, Jesus didn't "do" anything. He didn't beckon them nigh or lay hands on them, he didn't command any spirits to leave. He just told them to do something they couldn't even do. So, the nine, oblivious to Jesus' role in their physical restoration, yet surely very happy about it, went home and presumably lived out their lives as ex-lepers, never really understanding what had happened that day.

But the one, joyfully realizing his becoming cleansed was the power of Jesus, responds. He runs back, falls at his feet and thanks him. Jesus receives him, this double outcast (leper and Samaritan) â€” the afflicted and rejected is now restored and included. He is made fully alive.

But wait, weren't they all healed? And wasn't this one healed before he came back to Jesus? Where does faith come in? The others experienced the same physical healing without any acknowledgement of Jesus. But Jesus acknowledged this man's thankfulness as his faith. It activated his salvation. It gained him access to the fullness of life that Jesus was offering.

Wow. In thankfulness is power! It isn't just about remembering to acknowledge where all our stuff comes from. It's about recognizing where life comes from. And in this story, as is true in our own lives, it's about realizing how un-alive and ex-cluded we are without the life of Jesus. And it's not because of anything we do, but only because of what Jesus does, that we receive that life, without earning or deserving it.

However, we do fully enter into that life by being thankful. So, be thankful! All of us who are broken, lonely, hurt and hurtful. Let us receive and immerse ourselves in the life of Jesus and grace of God by being thankful.