He gave him back to his Father 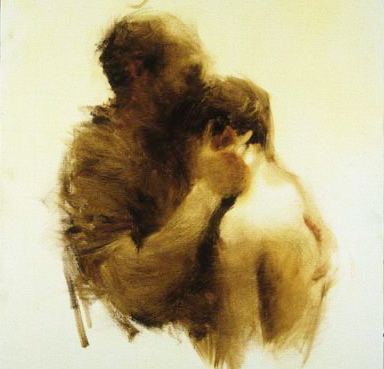 My eyes welled up with tears as I spoke those words last Sunday. It was Transfiguration Sunday, a day when we look at the story of Jesus going up a mountain with his buddies to experience there a miraculous revelation of God. It was also deeply symbolic, in the pattern and memory of Moses, this experience of Jesus on the mountain, receiving God's calling and blessing. As with Moses, his face was made to radiate light and the scene was enveloped in a cloud. But unlike Moses, he was not alone, nor were there any commandments, nor did his face retain its radiance.

In glorious light, Jesus spoke with Moses and Elijah about what would happen in Jerusalem (his death). As Moses, Elijah and Jesus commune, we see the connection, the continuity of the law, the prophets and the work of Jesus. As Jewish men, James, John and Peter would have revered Moses and Elijah, and watching this began to grasp more deeply the significance of Jesus and how his work as an outworking and fulfillment of the law and prophets. This amazing man, whom they had been following and seen teach, heal, forgive, feed and deliver, was far greater than they'd yet realized.

And then, a voice: "This is my son, my chosen, listen to him!" God was telling them to heed Jesus. The text says that they took it in, but did not tell anyone. You get the sense that this was so significant, so sacred, that they couldn't find the words for it. On one hand, they must have wanted to tell the world. On the other hand, how do they even begin? What can they possibly say that would even scratch the surface of such a life-altering event? ("Whoa, you should have seen them, Jesus, Moses, Elijah. . . glowing. . . talking. . .!") Some experiences are too profound for words. Sometimes trying to explain something leaves it reduced. And so they kept silent.

It is after this supernatural revelation that we see the truly miraculous play out. They come down from the mountain and into a noisy, chaotic, needy crowd. A man emerges, a desperate man, a man who has been estranged from his son. This boy is out of control, very ill, and as a result broken spiritually, socially, relationally and physically. He is is possessed, controlled by demons, demons which have taken over his life and thrown it into chaos and isolation. Demons? Epilepsy? Drug Addiction? Rage? Hatred? Perhaps all of the above. He is beyond desperate: Can Jesus help, is there any hope?

Jesus delivered and healed the young man and then "gave him back to his father." Writing this, I am almost crying again. A father and son who had been tortured, separated, ostracized (as anyone with demons or epilepsy would have been), kept from each other all this time, can now embrace. A full, sincere, arms-around-head-in-chest embrace, for the first time in months? Years?

It is my son's 14th birthday today. I think of this when I hug him: Jesus gives sons to their fathers.