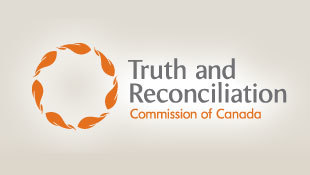 Where am I to stand at the TRC (Truth and Reconciliation Commission)?

Born in the suburbs of Calgary AB, as a white male child to a middle class family, my affluent and socially dominate position in society often negates my voice when I enter into discourses centered on oppression, colonization, and imperialism. I look the part of the oppressor, and in many ways I am, but I cling to a history that reminds me of an alternate origin.

All four of my biological grandparents emigrated from the Netherlands amidst the fallout of World War II. A new life was sought, a new opportunity, a way out from under the ashes of horror. My family left the land they had called home for hundreds of years, disillusioned and angry. My great grandfather Greet was a police officer in Rotterdam when the war broke out. Upon his refusal to round up Jews, he was forced into hiding and participated in the Dutch resistance movement. He was eventually caught and shipped off to Germany to a concentration camp. Fortunately, he was still alive when the allies captured the Buchenwald concentration camp. Emancipated and emaciated he slowly walked all the way back to his home in the Netherlands to collect his family. The reunion did not last.

Decimated by Nazi imperial interests, the Netherlands, and my family, began undertaking the painful and long road of reconstruction. However, not more than a mile into this journey my great uncle Jap was shipped off to war by his small, decimated country to fight for its crumbling empire in Indonesia. The Netherland’s war in Indonesia and the conscription of his son were some of the final interactions my great grandfather had with the Netherlands. Furious does not even begin to explain his emotions toward his homeland. It was a fury, an anger he would take to his grave, as my great uncle never returned from Indonesia. He is buried there in a military cemetery. A blip on the annals of empires.

It is with this history that my life story pulses. I would fall asleep as a child to the stories of war, resistance, and moral outrage. I was told stories of freedom, peacekeeping, and multicultural acceptance in Canada, and how thankful my family was for these things. Yet, no matter how marred my family history is because of abusive hegemonic empires, the space in which my ancestors sought a new life was not an empty space. It was, and is, a taken space.

This past summer I had the opportunity to build relationships with survivors of Canadian Indian Residential Schools. I read books, and learned some of the history of this place. I learned of genocide, of violence covered up by the myth of Canadian peacemaking, and of the systematic destruction of culture, not even beginning to mention the physical and sexual abuse suffered by children in the residential schools.

As I had ample time to listen, I began to hear and pay attention to the fragments of pain the survivors of the Indian Residential School System laced into their conversations with me. Though they never tried to correct my ignorant perspective, their lives rubbed off on mine. A comment here, a fragment of a story there, a long pause...these all communicated the deep wounds with which they live, and which I represent as a white, affluent, Christian, male. The lives of those people I encountered are shattered, strewn around, and slowly, very slowly are being pulled back together. They are blips on the annals of hegemonic colonization and enculturation, the currency in which empires trade.

I am now a part of this history. I occupy the space. The Christian tradition with which I identify is enmeshed in these actions. The taxes I pay, the government that represents me and social structures I live and work within are involved in the continued oppression of the indigenous people of North America.

Paralleling our stories, letting them intertwine, hearing, speaking, and allowing ourselves to be shaped by the other whom we encounter; this is the challenge and the dance of reconciliation. Lines blur, stories collide, and relationships are re-formed by our presence. Compassion and empathy offer possibilities made available through these emotions as we utilize our ability to feel with the other, to see ourselves reflected in the other’s humanity.

So where will I stand? I will be standing with, empathizing, listening, and being present as stories are told, histories shared, and connections re-forged between two estranged peoples. It is my hope that you will take some time out of your week to listen, to empathize, and to be present in this important moment of vulnerability the indigenous peoples of Canada are offering all of us who have come to their land.